Music, because of its deep connections with the brain, is intrinsically meaningful to humanity as a race. We thrive off it. It drives our actions and emotions, and its influence on our brains creates a sense of unity with music that few other art forms can provide.

In a field known as the “Psychology of Music,” psychologists have been studying music’s meaning in our culture and our emotions. The Psychology of Music is still a very vague topic, with much studying left to do on it, but it is emerging as one of the top subfields of psychology. (Tan)

We, as human beings, have something called a “musical memory,” and all of ours are pretty good.  Some are better than others, but most of us have the ability to remember how a song goes and are able to sing along with our favorites.  An example of an outstanding musical memory is Italian conductor Arturo Toscanini.  There are rumors that he knew, by heart, every note of over 250 symphonies, 100 operas, and several volumes of instrumental compositions. (Williamson)  Memory is not restricted to music, of course, as many people have good memories for certain subjects, and are unable to remember facts about topics that don’t interest them.  Memory takes practice, and that goes for musical memory as well.  Musicians like Toscanini practice for hours upon hours, developing their musical minds.  Musical memory also stays in the brain for a very long time.  There are many cases of dementia, Alzheimer’s, or head injury patients who, despite losing recollection of other things, can still remember music.  (Williamson) 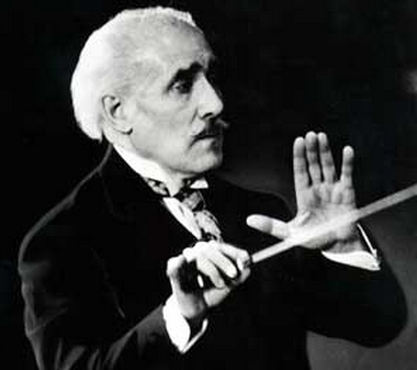 Another interesting phenomenon in music is known popularly as the “earworm,” in which a person gets a song “stuck in his/her head.”  There is no known cause for the earworm, no reason for the song to be stuck in one’s head. It just is.  Earworms are interesting in the way that they are almost an itch that can be scratched by listening to the song in question, or by singing it out loud.  The catchiness of a song is also something that can’t be measured scientifically.  It is thought to replay in our heads under the right circumstances: the right song, at the right time.  (Williamson)  We also find that the more musically trained a person is, the more beautiful music sounds to him/her.  People can, in fact, teach themselves how to listen to music. Researchers took 19 non-musicians and taught them several chords.  After a few sessions of learning these chords, the participants found the chords to be more pleasurable to listen to than before, and they continued to hear unfamiliar chords as unpleasant. (Abrams)  This supports the fact that the music of different cultures around the world doesn’t necessarily sound the same to everyone.  Western music sounds beautiful to the ears of people who grew up listening to it in western nations.  While those western people might not enjoy the musical sounds of the Middle East or the Caribbean, people from those places who grew up with those types of music, would. (Abrams)

With music’s deep connection to the limbic system, people tend to find connections in music through memories.  Certain songs have a way of taking you to certain time or a specific place in your life.  Because of this, we feel a reminiscent connection to music to go along with the emotions it already arouses in us.  Music also has a connection with the brain’s pleasure and reward center, which is responsible for the sensation we call “chills down the spine.”  Chills give us an unparalleled feeling, which is caused by a “wanting” and “liking” of the music.  The tension and resolution involved with music causes us to want the music to resolve, and when it does, can give us such a sensation.

A question that has arisen, however, is whether reactions to music are universal, or cultural.  While we know a person can learn to listen to a certain type of music, at its basic level, what drives our love for the music we love?  The response can never be one reason wholly over the other.  They both affect us.  Certain chords are pretty in certain cultures, and growing up in that culture, you learn that you should feel a certain way while hearing that music.  However, we all have the same ear and brain structure, which would lead us to believe that our reactions to specific types of music should at least be similar to one another’s. (Williamson) In a study done using participants from separate cultures (India, Japan, and Sweden) listeners were given 11 emotions to identify in 132 musical examples.  Each participant also rated his/her familiarity with the cultural identity of the music. At the end of the study, the people of different cultures had shown similar, but still varying views on the emotions conveyed by the music.  Some cultures even had a predisposition to specific feelings, rating those emotions more often than others. (Williamson) 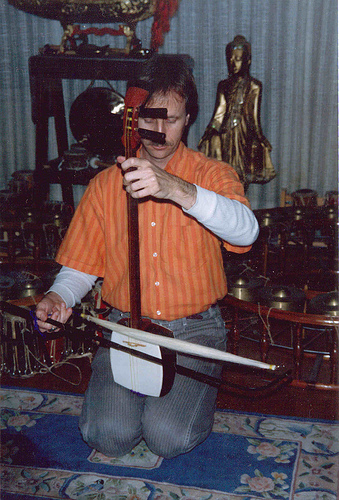 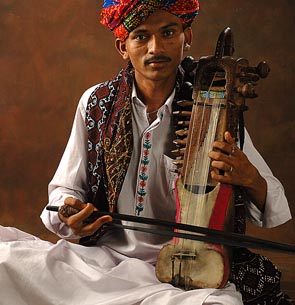 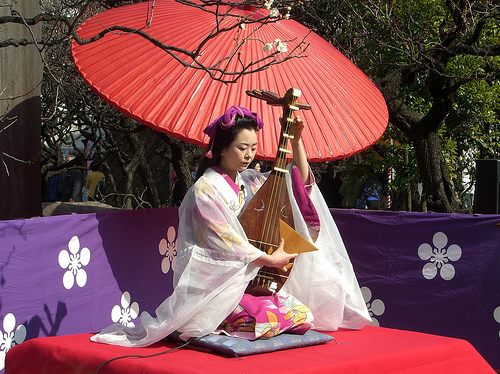 We are beginning to understand our own love of music not only as a cognitive reflex, but as a true art form.  This view is called the “Neuroaesthetics of Music.” (Brattico 48) The goal of this emerging field is to understand the basics of music perception, cognition, and emotion. (Brattico 49)

Of course, in the field of psychology, there are no absolute answers, but the study of music psychology continues to grow. Hopefully we will come to understand more about this field in the future, but for now, we will continue searching for answers to the intriguing questions this topic gives us.