Where did education go wrong? and how can we fix it? Education in modern-day America is overall a snowball of failure. Improvements may show themselves, but the core of it is seemingly rotting very slowly with very little reform. In my eyes, this is because of the increasing capital interests in education, school as a business. Not one person is solely responsible for this, however, billionaires such as Bill Gates, Arne Duncan (President Obama’s Education Secretary), Representative George Miller, Representative John Boehner, Senator Ted Kennedy, and Senator Judd Gregg (Co-Writers of No Child Left Behind), and Betsy Devos (President Trump’s Education Secretary), are some of the few that paved the way for this disaster. The Republican and Democratic party’s leaders in America are very bipartisan for their support of charter schools and continuing to treat schools as a business, beholden to rich billionaires such as Mr. Gates for the funding of these ideas to treat schools as a standardized testing machine where good test grades come out instead of educated children.

To me, my guru would have to understand that education is not separate from our failing economic and political structure, but because of it. My guru would have to be someone who understands that education that was built around standardized tests and treating children as empty pots to pour water in cannot be fixed but revolutionized and rebuilt at its core. That is why my education guru is Paulo Friere, a revolutionary who does not shy away from the ideas of a society’s impact on education. 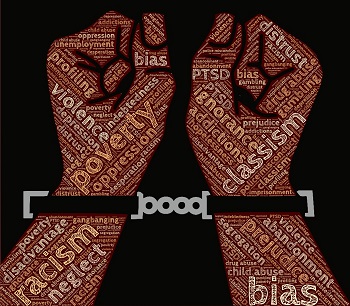 Paulo Freire focused mostly on “critical pedagogy”, the idea of applied critical theory in education. Critical pedagogy focuses a lot on power structures in society, and their negative effects on society. Structural systems that disproportionally affect different groups of individuals are things such as racism, classism, sexism and patriarchal systems, and LGBT+ discrimination. As a teacher, it is largely important to incorporate these ideas into consideration when teaching as an explanation of why things are. ‘Elitist’ power structures are the reason why public schools aren’t as well funded as they should be, along with why the entire 2000’s was dominated by political interests towards charter schooling.

Paulo Freire also borrows a lot of ideas from the noted controversial historical figure, Karl Marx. Marx also inspired the work of another one of my favorite personal pedagogies, Lev Vygotsky. Marx argues that the primary purpose of education in capitalistic societies is to benefit the elitist class and creates schools where they only teach what employers need, instead of genuine education and how to benefit your community. In a lot of ways, these ideas explain a lot of the “why” and “how” things are the way they are today. More often than not teachers don’t fail their students, but the institution the both of them are placed in does. Going forward, the best way to benefit the most students isn’t active lesson planning (which is very important on a personal basis!), but to work towards stripping away at the modern education system at its core to rebuild it into something where students are no longer potential moneymakers, but bright minds going forward in the world.

Throughout my years of schooling I have had many teachers who have inspired me and encouraged me to be the best student I can possibly be. But my favorite teacher of them all is Mister Rogers from “Mister Rogers Neighborhood”.

From a young age I would watch Mister Rogers as he and his neighbors would teach about sign language, marine biology, music, and most importantly, kindness. Not only were the educational components of the show important, but the show was deeply rooted in diversity. As a young child, it is important to see that there are people all around you who are different from you, but not less than you. Now more than ever is this an important topic as classrooms are becoming more and more inclusive.

The idea of creating an inclusive classroom reflects the Culturally Responsive pedagogy which recognizes the importance of incorporating students’ cultures and backgrounds into the classroom. With such an influx of diversity among schools, this is an essential aspect to include in classrooms today. Not only does this teaching strategy make the students feel welcomed in a classroom, it makes them feel safe to express who they are and where they come from. If a child does not feel safe in the classroom, what will make them want to engage with their peers and teachers?

Two semesters ago, my placement was in an inner-city school in Lancaster which had a very diverse student population. Just in my classroom alone, five students were English Language Learners, and four students were bilingual. Instead of my co-op seeing this as a roadblock, she used their cultures and languages to better the student’s education. She made a map of the world and pinpointed where each student was born. She also had posters and pictures hung up around the classroom representing the cultures from each student’s country or origin. This made the students feel so comfortable with their teacher and helped them to better understand their classmates as well.

Environment is also an important part of Maria Montessori’s approach to education. What I like most about Maria Montessori’s Education Theory is that she believed that children should be the ones to choose what they interact with within their environment through hands-on experiences and collaborative play. An important part of learning is giving the students a multitude of age appropriate options so they can pick what resonates best with them, even if this means through play!

While some may argue that incorporating play into the classroom is not a necessary component for children in an educational setting, Mister Roger says, “Play is often talked about as if it were a relief from serious learning. But for children, play is serious learning.” Sometimes, the seemingly unconventional approaches to learning often turn out to be the most effective.

To learn more about Culturally Responsive Pedagogy and Maria Montessori: